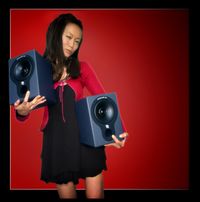 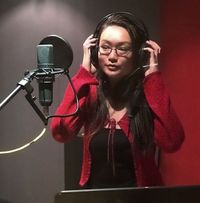 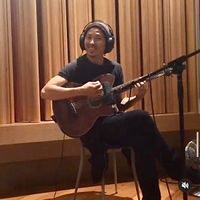 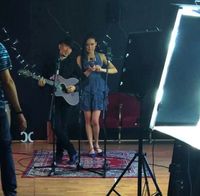 Colorful Blac was conceived when Bobz and Candy met. It was July 2003 in Singapore. The two philosophical spirits sparked off and as they begun uncovering each others' dedication to singing, writing and finding universal harmony, the deal was sealed. Bobz traveled home to Australia shortly but by the time winter had passed he returned to oversee Colorful Blac's steady succession performing alongside top music entertainers in Singapore's live circuit by year end.

Back then, Bobz also ran a small music recording business in the CBD outskirts. Candy would assist him with his jobs and after hours they would discuss and practice show performance techniques together till late into the night. They would also make time to dream about writing an album and the type of songs and sounds to have. They met up everyday and pretty much lived it like that. 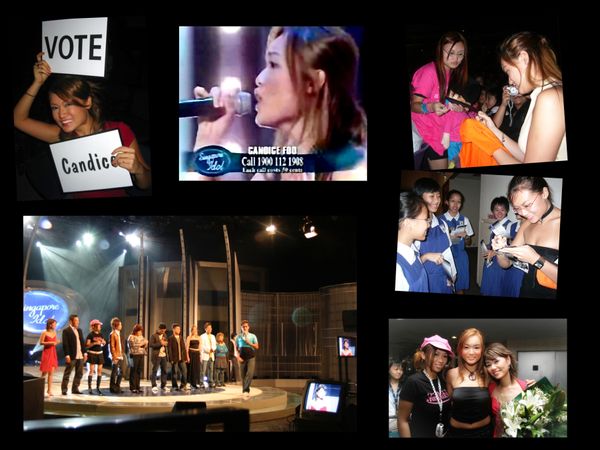 In the following year of 2004, Candy chanced upon the Singapore Idol audition and made her way to become one of the top 10 finalists. The back story to that was that, the day of the audition they had both gone down to the audition hall to support Candy’s friend who was auditioning. While they waited in line with her friend, he started to persuade her to join up for the audition. At that precise moment Bobz’s friend, who was a local singer walked pass and casually asked if they were auditioning too. Everybody then agreed that it would be cool to see what would happen if Candy had auditioned just for fun. And with that, it came to pass a happy little accident that ended up with Candy as one of the top finalists in the first instalment of Singapore Idol!

She credits her success to Bobz whom had patiently coached her each step of the way, after work everyday at his office. Practice was pretty nerve-wrecking as she had to perform in front of Bobz’s friends, many whom were performers and celebrities that she sees on TV. She also sang for his street performer friends in the train tunnels where Bobz busks sometimes. The intensive crash course in public performance in intimate office quarters and cramped public spaces in front of professional performers became a real blessing for her.

In the meantime, the TV/media industry was a whirlwind for her - all contestants were rushed from hotel to radio interviews, wardrobe-shopping, hair-styling, photo-shoots and studio filming. Every night she was exhausted and could barely keep her eyes opened and she was becoming absent-minded. Bobz would check-in with her to see if she is still happy each time she proceeds to the next round, and each time she would reply that she wasn’t quite sure if it was what she wanted to experience at this time of her life.

When she was nominated into the top 10 finalists, she had to sign a 3 year contract with the media before proceeding to the next stage. It was at that point that she realized that she couldn’t go through with the process. So she pulled out of the finals, which created a huge backlash from her fans, the viewers and the news. She didn't care as she had wanted to learn to ride a bicycle, to sleep to her heart’s content each night and most of all to live her youth as a carefree soul. It was a choice between continuing her journey as a pop-star on a reality show or to go backpacking without a care across Australia. She got very excited when she imagined living a nomadic life in Australia with Bobz.

The pair then moved to Australia, where Bobz would introduced Candy to a creative life of another extreme - his former life as a street artiste. He said, “this is where we truly connect with people.” and they both agreed heartily.

For the next 14 years they became traveling bohemians performing on the streets, moving from town to town living in extreme and strange environments - tiny granny flats, converted shopfronts, store rooms, broken down vans - just experiencing people and sharing many enriching stories from all walks of life. They work hard, they have enough and they never spend what they don’t have. And unless it was vital to a moment in their story telling, they never spoke about their past.

They lived and traveled through various cities around Australia. What they felt and experienced they discussed, debated and experimented over and over. Then after all is exhausted, they would pen it down and await the appropriate time to record it in music and song. Many times they would also return with new information to refine the songs and they would keep at this for as long as it takes. And in time, where the storing and restoring of stories makes a good story-teller, this became their lifework.

The entirety of these experiences is where they realize their dream of musical and universal harmony. Today, they perform at pristine establishments and still continue to perform on the streets. Together, they have compiled hundreds of these life stories in songs. If you would like to hear these stories, buy a CD or make a donation below to support Colorful Blac in completing their upcoming albums. They will both love you back and the universe will thank you for it!